It has been a year

Really, more than a year since the game's story was conceived. Work began on the character art in November of 2016. The game went live the first week of January 2017 after a week long jam. Vulcan Sacrifice was an attempt at making a game with a story that could be continued later on. I work full-time and my time for making games is limited. I tried to chart what I could accomplish with the time I had. I was trying to optimize, really, to make the best game I could that I knew I could finish with the amount of time I had. I knew I didn't have enough time for a huge, sprawling game -- I never have. I decided the best thing to do was to make a framework for smaller, story-driven platformer games. So I made Vulcan Sacrifice hoping it was enough of a success that I could make more mini-platformers with stories.

There are a few things in the game I would now consider design flaws. Easy things to avoid, if you know to avoid them.

First, it was a mistake to do slanted slopes in the game's platforms. Many of the hills the character walks on are slanted up or down and the animation doesn't look as good on the slant & it makes the physics feel less polished. Since Vulcan Sacrifice, I've avoided using slanted platforms and also noticed that most games do not use them. A slanted platform can work in a 2d side-scrolling platformer, but to make it right takes a little extra effort.

Second, blind drops. There are a couple of places in the levels when the player has to jump forward not knowing where he or she will land. This is another easily avoidable design flaw. After watching a friend play the game, I knew it was an issue when he got to such a platform and didn't know what to do, especially since there are other falls in the game that will result in the player's death. I tried to mitigate the problem by placing trees in locations to indicate that a solid platform was beneath you off screen, but there are a couple drops where this wasn't possible because the trees aren't tall enough.

Third, (and a more technical one), I should not have made a dialogue system out of Unity's prefab system. Let me explain how I designed it and why it was a mistake. In Unity, you can edit objects and save them for later use as prefabs. It's pretty useful in most cases, but my dialogue system over-used it. Every pop up dialogue with characters conversing in Vulcan Sacrifice is a separate chain of dialogue boxes, and depending on which option you pick, it spawns a different prefab object into the game. This means there are way too many AND it means that each dialogue option is linked to a complicated web of dialogue choices. The worst part is, the way those dialogue choices are webbed together is not visualized in anyway in the Unity editor. A lot of time was wasted fixing issues where a dialogue choice opened the wrong response. Had this been done with some sort of visual diagramming system, problems like that would have been obvious.

Inspiration that lead to the real world discovery

When I was working on the art for Vulcan Sacrifice I wanted to evoke a high mountain feeling with pines and a picturesque background of mesas. As inspiration, I imitated the thematic elements from a particular zone of levels from Sonic 2 called the Hill Top Zone. That is what the levels were based on. Sonic 2 was one of my favorite games as a kid and the Hill Top Zone levels really made me feel happy. I use to play the game and beat the levels just to get to the area. It also has some great music. Those hills were like a secret place inside a game.

This past October 2017 I went on the first vacation I'd been on in a long, long while to the mountains in Colorado to do some hiking.  I went to Colorado Springs on a spur of the moment trip because I wanted to go on an outdoors vacation and the airfare to get to Colorado Springs was much less expensive than many of the alternatives because near-by Denver is a major airport. I honestly didn't know exactly what to expect when I got there because I had never been to Colorado and I've never been in that region of the United States.  I didn't even know I was going there until three days before I boarded the jet.

It turns out that Colorado Springs is home to both stunning mountains crowned with ponderosa pines and, quite famously, massive orange rock formations that make up a park called Garden of the Gods. It wasn't my plan, but nine months after making Vulcan Sacrifice, I think I found the Hill Top Zone. 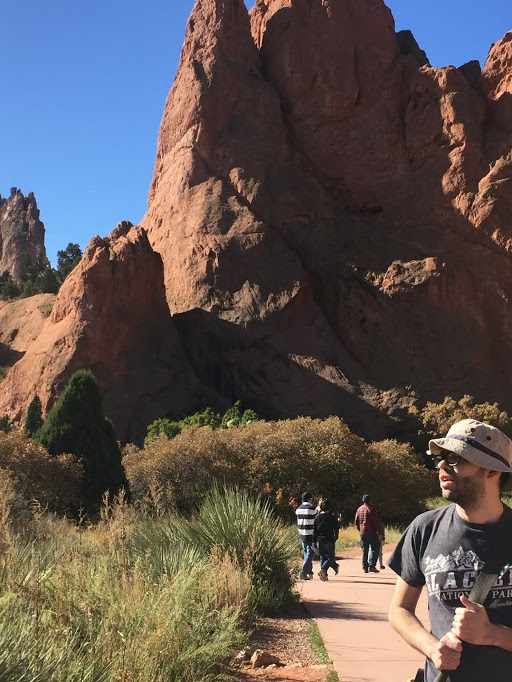 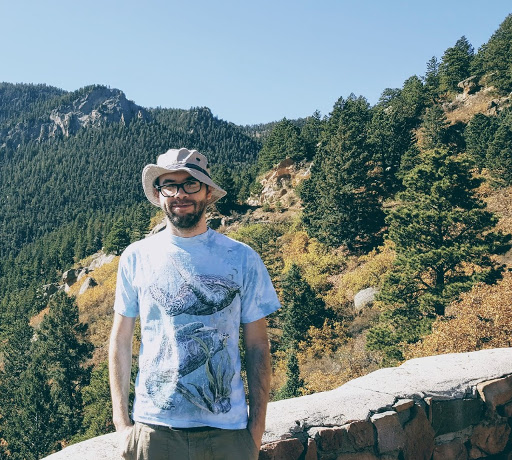 If you enjoy my games and want to help me continue to make them and grow as an artist, please pledge on my patreon.

Find Vulcan and save the town